In 1954 Ada Masotti created in Bologna that corselry laboratory which later, under the leadership of her son Alberto Masotti, would become La Perla Group, a leading concern in the field of corsetry and swimwear fashion . Love for details and the art of dressmaking, together with an in-depth knowledge of the female body are just some of the “chromosomes” of La Perla Group. To which we can add special attention dedicated to image and communication, as well as continuous research of the fusion of innovation and tradition. This fascinating path journeying trough sensuality, fashion and custom, naturally led the company to embark on different challenges that today have become acquired realities: from the entrance into the world of men to the creation of the La Perla fragrances and up until the recent introduction of the Pret-a-Porter collection.

The La Perla Group collections are today assembled together in the La Perla Show Room in Milan: a 1200m2 of open space dividable into different areas thanks to a structure made up of flowing elements. As well as having its own brands on sale in the best specialized shops and department stores, La Perla Group has also created a chain of boutiques, either directly owned by the company or granted in franchising, which are situated in the main capitals of the world. The Group diffuses its brands by means of a high quality form of international distribution, the pillars of which can be identified as the Branches(Germany, France, Spain, and the USA) and the exclusive importers. La Perla Group is made up of a central unit in which the administrative and financial activities are carried out, whereas the production and commercial activities are carried out within several units that are divided into product areas. 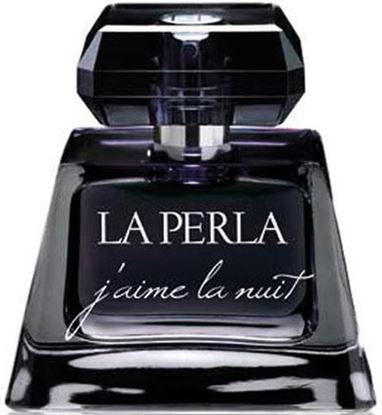